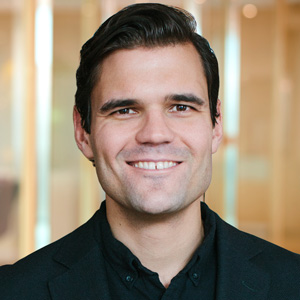 Mr. Tapscott is an entrepreneur, author and seasoned capital markets professional focused on the impact of Bitcoin, blockchain and other digital assets on business and financial markets. Mr. Tapscott is the co-author of the critically acclaimed non-fiction best-seller, Blockchain Revolution, which has been translated into more than 15 languages and has sold more than 500,000 copies worldwide. He is also the Editor and Co-author of Financial Services Revolution (January 2020).

Mr. Tapscott is sought after world-wide for his expertise by business and government audiences. He has delivered over 200 lectures and executive briefings at firms like Goldman Sachs (Talks at GS), Google, Allianz, IBM, Microsoft and Accenture. His TedX talk, “Blockchain is Eating Wall Street” has been viewed over 700,000 times. Mr. Tapscott has also written for The New York Times, Harvard Business Review, The Globe and Mail, National Post and many other publications.