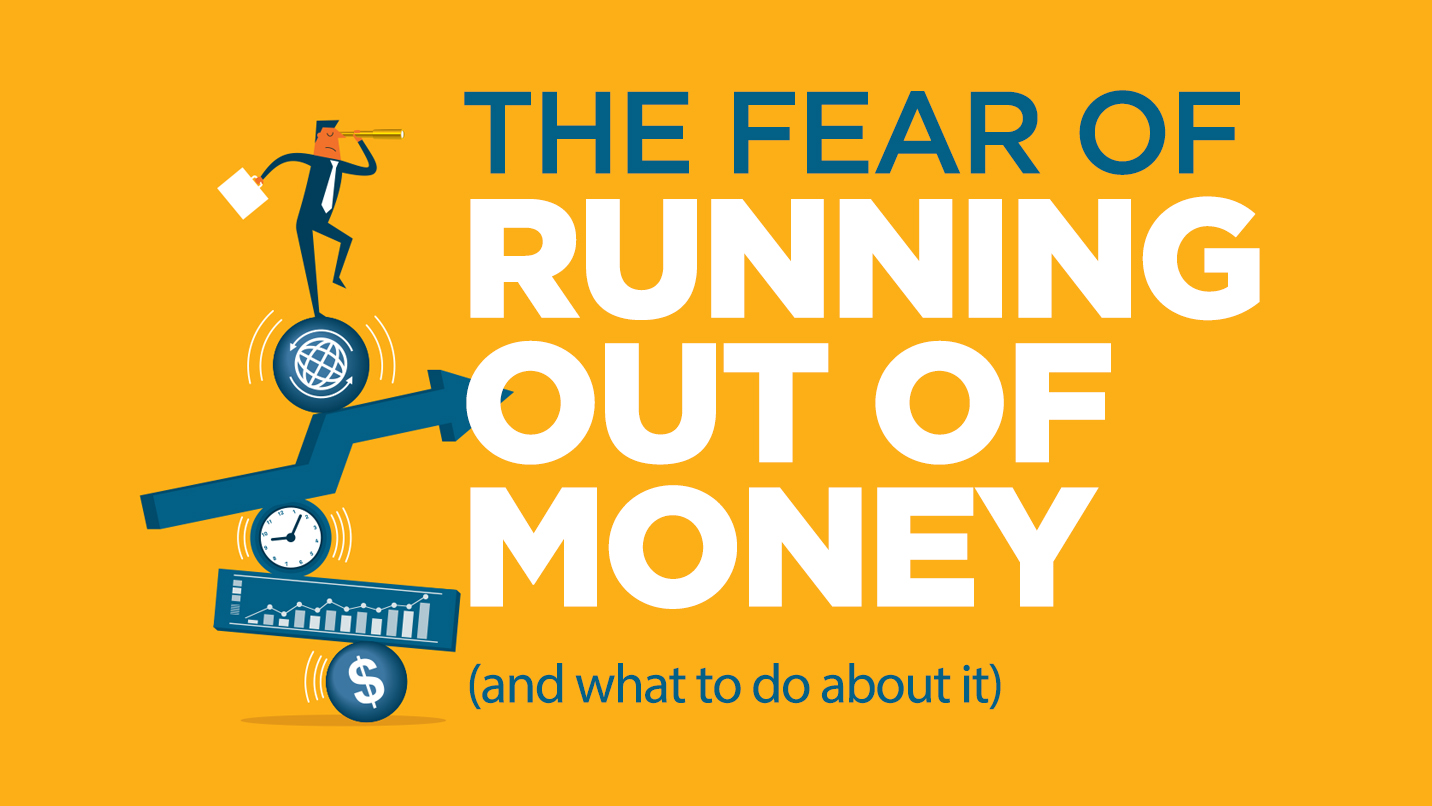 The Fear of Running Out of Money

If you’ve spoken to an investor who retired immediately before the Great Financial Crisis of 2008, the first thing they might tell you is that the retirement lifestyle they had banked on through decades of saving and investing disappeared almost overnight. Portfolio losses hurt when you are contributing funds in the accumulation phase, but they are downright deadly when you’re in the withdrawal phase.

figure 1 - for illustrative purposes only

figure 2 - for illustrative purposes only

But if you add cash flows, either through contributions into the portfolio or withdrawals out of the portfolio, the sequence of returns can have a big impact on the ability of your portfolio to fund your goals.

figure 3 - for illustrative purposes only

But in the second scenario where the returns were initially weak, we would run out of money just after the end of year seven (see figure 4, below). Extrapolate this example out for a retirement scenario and the sequence of returns could be the difference between a comfortable retirement with a residual legacy, versus running out of money. The different timing of drawdowns and subsequent compounding accounts for the different outcomes of the two paths. The timing of drawdowns matter, and they matter a lot.

figure 4 - for illustrative purposes only

How Often Do Drawdowns Occur?

Of course, relatively few long-term investors have 100% equity exposure when they are approaching retirement or are already retired. One of the more basic portfolio management rules of thumb for investors has been to increase their bond exposure as they get older. This would have worked quite well for the majority of the last 70 years, especially given the tailwind of falling interest rates which have generated handsome returns, even from what would be considered the safer fixed income side of the portfolio. Bond prices, you will recall, go up when interest rates go down.

But in a low interest rate environment, with little end in sight, the prospects of the traditional balanced portfolio need to be re-examined.

Why The Old Playbook May Not Work

John Wilson, Co-CEO, Managing Partner and Senior Portfolio Manager at Ninepoint Partners, is quick to point out that the long-term path of interest rates is almost guaranteed to be quite different than what previous generations of investors have experienced. “It’s been difficult for people to accept. It’s been our view, following the 2008 financial crises, that interest rates were not meaningfully going back up – ever,” notes Wilson. And now, 12 years on from the financial crisis with the addition of the COVID-19 pandemic, interest rates have effectively returned to zero, and governments are providing emergency financial support to both individuals and businesses at the cost of super-sizing sovereign debt. “Forget another 10 years of low rates. For the rest of my life, I would expect rates to be here,” said Wilson.

This does not bode well for traditional fixed income investments. Retirees have already been adding risk to their portfolios for years, adding dividend-paying equities, for instance, to compensate for the lower yield of their fixed income holdings. As noted, this opens their nest eggs in a frightening way to the risk of future drawdowns. What is an investor to do?

Diversification in a Low Yield World

Wilson invokes an acronym to describe the view of countless market pundits who only see the investment world through the lens of traditional equities and fixed income, TINA: “There Is No Alternative”. And that just doesn’t make sense to him. Investors have long accepted the idea that negatively correlating asset classes were good for portfolios – that’s always been the logic behind the traditional 60% stock/40% bond portfolio. Today, the question is what investments will play the role of the negatively correlated asset classes now that bonds have all but capitulated from that role. Enter the world of alternative investments.

“There’s a wide range of assets and strategies that fit into the ‘alternative asset class’, because really, alternative just means something other than owning stocks and bonds,” says Wilson. “Many people are already heavily invested in alternative asset classes because they own their own house. Real estate has attractive long-term rates of return and, importantly, the way real estate goes up and down is not heavily correlated with what happens in stocks and bonds.”

And that is a great example that helps explain what some of the differences of alternative asset classes can be. Like a house, an alternative investment may not have the same level of liquidity as with a publicly traded stock. But few real estate owners would complain about the long term value of that particular asset class. Alternative investments can also include strategies such as investing in private equity (companies whose shares do not trade on public exchanges), or private credit (loans made by private investors to companies unable to access bank financing for a variety of reasons), among others.

Today, professionally managed alternative investments and strategies are available to all retail investors. The benefit? More effective diversification that can help protect today’s portfolios against the effect of common market drawdowns, helping you better manage your risk of running out of money.

Listen to the “The Fear of Running Out of Money with John Wilson” podcast, featuring host Michael Hainsworth.

Article
Are Alternative Investments for Me?
Alternatives have the potential to stabilize your portfolio in ways that traditional asset classes are struggling to do.
Investor-Friendly
Article
The Evolution of Portfolio Management
Portfolio managers and academics have worked over the years to build an investment framework that can be used to create the best risk-adjusted portfol…
Investor-Friendly
Article
The Liquidity Myth
If investors are averse to risk, in today’s investment environment it becomes more important than ever that they assign that risk appropriately.
Investor-Friendly | Liquid Alternatives | Private Debt | FX | Credit | Private Equity | Trade Finance | Diversifiers