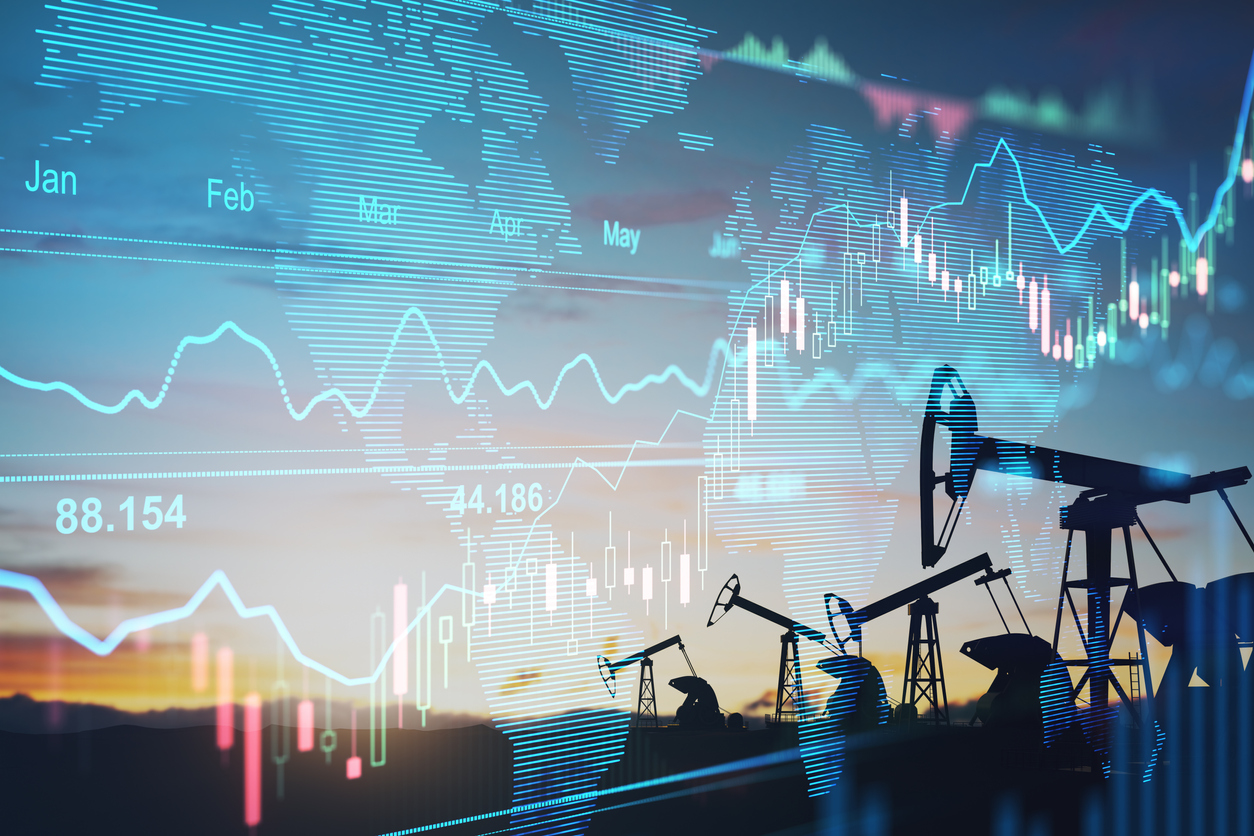 The Oil Party is Just Getting Started

On July 22nd 2021, Ninepoint partner and Senior Portfolio Manager Eric Nuttall pinned a tweet to his @ericnutall account that reads: 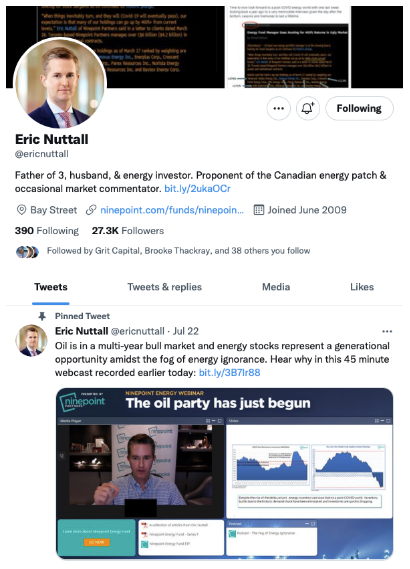 Since then, WTI and WCS oil prices have climbed to a 7 year high. Stocks haven’t followed suit. Fears of a protracted COVID-related recession and ESG-oriented divestitures have kept the retail investor sitting on the sidelines. But Nuttall believes the party is just getting started, telling the Alt Thinking Podcast, “we're weeks away from companies starting to announce quarterly results, where it will demonstrate the strength of their business models.”

Those business models have seen companies use 2021 to de-lever and repair some of the damage that was inflicted upon them from the weak oil prices of the year before. Nuttall says that process is basically complete, and earnings season will give the retail investor the wake-up call they need to put on their Going Out Shirt and join the party in progress.

“Once (strong cash flow is) spelled out for you in black and white, then I think the consistent, the consecutive, announcements company, after company, after company, suddenly makes it believable,” Nuttall predicts. He’s forecasting companies to report an abnormally large 20% dividend yield (based on today’s trading price) when they’re only using half of their free cash flow. “What’s normal, 10%?” Nuttall asks rhetorically, “well, that’s a doubling in that stock price. So those are the types of opportunities that we’re going after today.”

Nuttall is keeping an eye on the performance year to date. The biggest winners are names with a little more financial leverage and large operational leverage to a rising oil price. He says the names that will benefit the most are those that have lagged for reasons that have a catalyst to fix that leverage disconnect. “I’m a believer that share price performance will largely be dictated by how much capital is a company returning back to their shareholders,” he adds.

While Nuttall is using $70 WTI as his target, Goldman Sachs is predicting WTI to flirt with $90 a barrel once the shoulder season is behind us and Q4 ramps-up. “It's tricky,” he cautions, “because I think there's going to be some political pressure, increasingly from the Bidens, China, et cetera on OPEC to perhaps, fast track their addition of new supply.” You might think higher supply at a time of modest demand would be bearish, but Nuttall sees it the other way – medium term – because that would exhaust OPEC spare capacity sooner rather than later. He calls it an “unbelievably bullish catalyst” in 2022.

But what if Goldman is wrong?

Nuttall retorts, “I'm buying names at 30% free cash flow yields and like 2.5x cash flow when they used to trade at 8x. So you do not have to believe in a $100 oil or Nuttall's multi-year bull market thesis, that we're going to see all time highs, all of that stuff, to be excited about the opportunities available right now.”

Article
Eric Nuttall: Europe's energy mess should wake investors up to enormous opportunity in oil and gas stocks
Universally misunderstood sector offers huge potential to make outsized returns.
Sector Investments
Article
Eric Nuttall: We are about to hit a production wall setting us up for all-time high oil prices
Where exactly are incrementally necessary barrels going to come from in sufficient quantity in the years ahead to meet demand growth?
Sector Investments